You get paid for the actual work, and anything that eats into that time eats into your profit. ReconPro’s enhanced Lot Walk feature lets you create fast inspections and get them approved in the shortest possible time. All the work is documented, and your customer can approve or decline the work all at once, or line-by-line. It’s a huge time-saver that keeps you and the work moving at full speed. Take a look:

Ready to go faster? Contact us to get started with ReconPro! 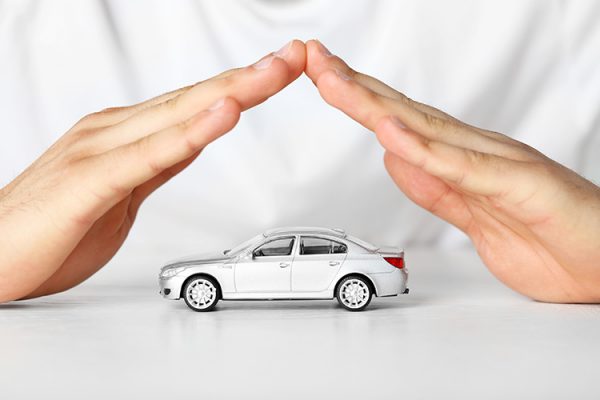 How Finance & Insurance Helped Dealerships In 2018

It looks like Finance & Insurance were great for dealerships last year. In fact, prepaid maintenance programs (38.9%) and vehicle service contracts (43.9%) were their most profitable sellers.

According to Auto News, Protective Asset Protection created a paid survey in December to look at how well dealerships handled Finance & Insurance (F&I) over 2018.

As we move more and more into 2019, experts suggest VSCs will continue to grow in popularity as consumers shift towards purchasing used vehicles. According to NADA, used vehicle sales were 39 million in 2018. Whereas new vehicles sales were 17.3 million. However, the expectation is for new vehicle sales to drop down to 16.6 million. With this change, consumers will need VSCs and other maintenance programs for taking care of their trucks and SUVs.

Senior Vice President of Protective Asset Protection, Rick Kurtz, says: “We believe the demand for many F&I products will continue to grow in the upcoming years, especially as more consumers use pre-owned vehicles to combat the affordability of new automobiles. What’s more, the continued trend of off-lease volume will place additional focus on used vehicles, where VSCs and maintenance programs will significantly help to ensure consumers keep their automobiles on the road and running. Also, we all see dealer-owned warranty company applications, in particular, helping dealers offer top quality F&I products designed to satisfy the needs of their customers.”

With the increase in F&I business, now is the time to evaluate how your business handles service contracts, and what systems you have in place to manage the work. AMT can help. If you’re working with F&I contracts, ReconPro can help you initiate a claim, schedule a repair, and maintain all records associated with the Service Contract. Apply Service Contract terms directly into vehicle records to create correct invoicing and improve customer satisfaction. Print From Anywhere with Your Apple or Android Mobile Device

Back in 2012, Apple added a software update known as AirPrint for their MacOS and iOS devices. The update made it so Apple products could print wirelessly through Wi-Fi with compatible printers. However, when it was first released, the number of printers were few and far between.

In the six years since its release, AirPrint has come a long way through quality-of-life updates and the addition of compatible printers. While it was originally only capable of working with a few specific HPs, it now operates within a large library of printers from brands such as HP, Canon, Brother, Dell, Samsung and more– resulting in over 1,100 compatible printers as of 2014.

It’s safe to say a great deal has changed in that time. For Apple users, AirPrint has become a staple for everyday life. With AirPrint, you can use your iPhone, iPad, and Macbook to easily print any documents you may need on the fly.

The technology behind AirPrint is reliant on Apple Bonjour. According to Tech Target’s, Margaret Rouse, Apple Bonjour is a group of networking technologies designed to help devices and applications discover each other on the same network. Bonjour is typically found on MacOS and iOS devices such as iPhone and Macbook; however, if a user downloads Apple software, like Safari or iTunes, they can have it on their Windows machines.

Android device users shouldn’t feel left out. Wireless mobile printing apps offered by many printer and mobile device manufacturers will allow most phones and tablets to print via wi-fi. HP’s multifunction printers can even allow documents to be emailed directly to the printer. Google and Samsung both have wireless print solutions for Android phones, so there’s no need to use the Apple solution if you don’t wish to.

Since the introduction of AirPrint, many third-party applications have begun to take advantage of the feature and technology as well. While companies such as HP, have created applications that let users print from their mobile devices, there are also companies in the reconditioning business that let you print wirelessly.

With companies like AMT taking advantage of the technology behind wireless printing, reconditioning businesses’ lives have gotten a lot easier. While AirPrint became the benchmark for wireless printing, AMT’s native application, ReconPro, provides a way for you to print anything from orders to estimates, invoices, and more– in-app, and at the click of a button.

Management software that lets you print wirelessly from your computer or mobile device minimizes the amount of time you spend on the little stuff when running your business. It’s excellent for printing invoices and receipts, managing technicians and vendors, tracking vehicle processes, and alerting you to bottlenecks and problem areas on both your desktop and mobile devices– all while being able to print and manage information in-app, even without an internet connection. That’s right, no need to rely on Internet or mobile data connections. As long as the printer is wi-fi enabled, your device can connect and print whatever you need, Knowledge is power, and you can’t know what you don’t know. These are two undisputed truths, and they are all you need to understand the importance of Vehicle Condition Reports.

Think about your own business. Whether you repair vehicles, sell them, lease them, or all of the above, do you have easy and reliable access to the condition of every vehicle your business has touched? How complete are those reports? How legible are they? How consistent is the quality and completeness of your vehicle condition reports from one to the next? If you didn’t answer “100%” to each of those questions, then you should consider vehicle condition report software included with our mobile software solutions InspectionNotes and ReconMonitor.

How can improved reporting make a difference for your business? A short list includes:

Sync Your Estimates with Your Customer’s Systems

When you’re working your customer lots, you need to be as efficient as possible. ReconPro integrates with nearly all Shop Management and Dealer Management Systems so you can submit estimates and invoices directly through those systems.

We have out-of-the-box EMS/BMS connectivity to Mitchell and Audatex software, and push estimates to CCC using fully automated integration. With ReconPro, your estimates and supplements are all integrated with your customer’s systems, and submitting for insurance approvals and consolidated payments is simple and paperless. This gives you an easy, seamless way to integrate with your customer’s front-end crash systems. No other mobile repair software solution offers the quality system integrations available with ReconPro.

Current ReconPro users can learn more about these or other capabilities through our KnowledgeBase, or reach out to our Support team for answers.

Want to learn more about ReconPro or schedule a demo? Click below!

September 18th, 2017 – Automobile Technologies (AMT) announces InspectionNotes™ mobile inspection app has added the Ford OEM Certified Pre-Owned Inspection Checklist to their online forms library. InspectionNotes was developed for mobile vehicle inspections and condition reports to be performed from a tablet or smartphone. Inspectors perform a multi-point inspection, record answers to questions on a mobile device, and transmit answers to a cloud based dashboard or via API to websites and third party software systems.  An Inspector can add pictures, video, and digital signatures as part of the inspection process, and print inspection forms on-the-spot or emailed as PDF’s.  Additionally, users can configure responses within the form to trigger additional steps as needed. InspectionNotes contains common OEM inspection forms plus a custom online forms builder for users to identically match  any paper inspection forms they are using.  InspectionNotes also enforces a consistent process to ensure all information is collected accurately every time and maintained in history.

“Our goal is to offer a user-friendly, mobile app, combined with the most advanced cloud software technology, to meet the demands of the automotive industry” says Mike Fischer, Executive Vice President.  “A huge goal for automotive dealerships is to offer excellent value with Certified Pre-Owned vehicles.  InspectionNotes hits the mark with its easy to use comprehensive solution by offering an efficient way to provide transparency and accuracy in the CPO process.”

We are happy to announce that ReconPro now supports integration with the popular Car Rental Software Thermeon. If you are interested in learning more please contact one of our sales rep’s who would be happy to discuss it with you.